We All Have a Responsibility to Stand Up Against Racism, by Andrew Malekoff, March 29, 2021

Home > News - On The Front Line  > We All Have a Responsibility to Stand Up Against Racism, by Andrew Malekoff, March 29, 2021 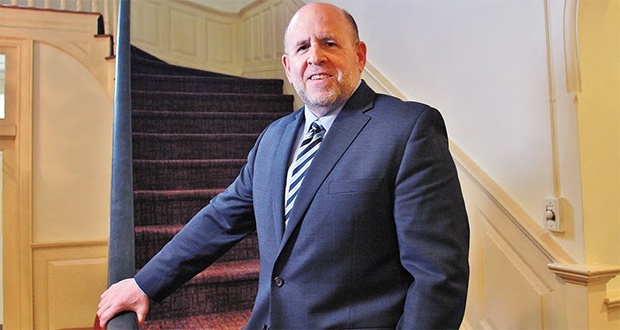 30 Mar We All Have a Responsibility to Stand Up Against Racism, by Andrew Malekoff, March 29, 2021

There has been a growing concern about the surge of racial violence, hateful incidents and discrimination against people of Asian descent in the U.S. amid the COVID-19 pandemic. A new study released by Stop AAPI Hate showed that there were nearly 3,800 incidents targeting Asians in the U.S. in the past year alone.

This has only intensified after a gunman killed six Asian women and two others in senseless attacks on spas in Atlanta on March 16. Although uncertainty remains about whether the perpetrator will be charged with a hate crime as well as murder, the killing spree became a flash point, leading to nationwide protests to #StopAsianHate.

According to U.N. Secretary-General Antonio Guterres, “The pandemic continues to unleash a tsunami of hate and xenophobia, scapegoating and scare-mongering.” He asked governments worldwide to take action “to strengthen the immunity of our societies against the virus of hate.”

A week before the mass shootings in Atlanta, at a March 8 forum on anti-Asian racism, Chinese American activist and journalist Helen Zia said, “We have seen this terrible nightmare before.” She recounted some of the brutal milestones, beginning with the interning of Japanese Americans during World War II from 1942-1945, an episode that has long been considered one of the most dreadful violations of American civil rights in the 20th century.

Forty years later, in 1982, Vincent Chin, a Chinese-American draftsman, was murdered in Detroit by two white men who worked in a Chrysler plant. Asian Americans of all backgrounds were targeted when automakers from Japan that were producing more fuel-efficient cars were blamed for layoffs.

Looking back, “people knew from personal experience that we were lumped together,” said Zia. “But in terms of identifying as pan-Asian, the key thing was that a man was killed because they thought he looked like a different ethnicity.”

In the U.S. there is no concrete governmental response toward protecting people of Asian descent from pandemic-fueled racist attacks, despite their growing number. During the Trump administration, slurs like “Wuhan virus” and “Kung Flu” were routinely used even at the highest levels of government. When officials used the term “China virus” it was never purely descriptive and always pejorative.

It was recently brought to my attention by a concerned parent that a 5-year-old Asian American child on Long Island was on the receiving end of a coronavirus-driven tirade while playing in a park. The child was left in a state of shock, not fully understanding why a perfect stranger, an adult, was raging at him.

Parents are worried about racially motivated attacks ranging from teasing to physical confrontations against Asian American students when schools fully reopen in the fall. They want to know if their children will be returning to a safe environment.

Historically, immigrant communities have been singled out in times of public health crises. Their passages to the U.S. have been given derogatory labels such as “plague” and “invasion,” objectifying migrants as infected, dirty and carriers of disease.

In her new book “Caste,” Isabel Wilkerson cites anthropologists Audrey and Brian Smedley who explain, “We think we ‘see’ race when we encounter certain physical difference among people such as skin color, eye shape and hair texture. What we actually ‘see’ are the learned social meanings, the stereotypes that have been linked to those physical features by the ideology of race and the historical legacy it has left us.” Indeed, most of the attacks against people of Asian descent in America are not against Chinese but anyone who looks East Asian.

Law enforcement surveillance and vigilance is necessary; however, nothing less than what Wilkerson calls “radical empathy” will lead to lasting change — “the kindred connection from a place of deep knowing that opens your spirit to the pain of another as they perceive it.”

Only our solidarity with those who are targeted will prevent community spread. We must all stand tall and together against the toxic pandemic of racism, whether individual or systemic.