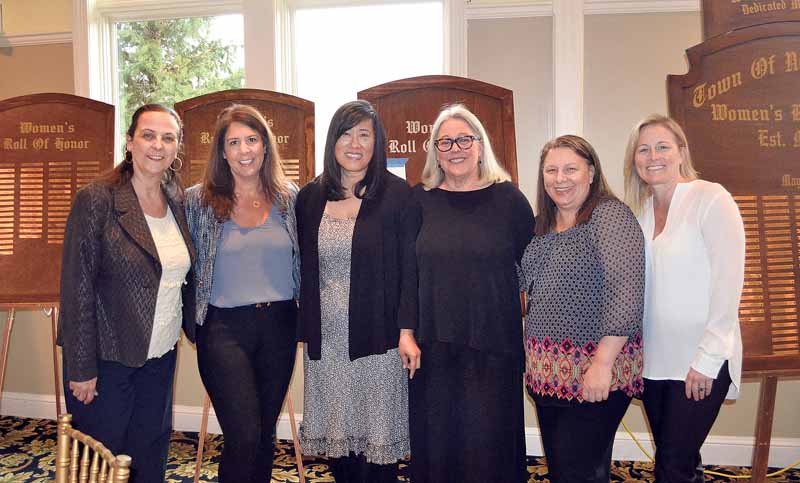 Port Washington resident Vivian Moy and Sands Point resident Nancy Lane have been named to the 2018 May W. Newburger Women’s Roll of Honor and were recognized at the annual breakfast at the Clubhouse at Harbor Links in Port Washington on March 28. Moy and Lane were among 12 women honored for their contribution to the community and significant achievements through public or private efforts.

“North Hempstead has a long, rich history of strong, compassionate women who dedicate themselves to the enrichment of our great town,” said Town of North Hempstead Clerk Wayne Wink at the breakfast. “It is my distinct privilege to organize this event each year to honor women throughout the Town of North Hempstead that have generously dedicated their time to make our town a better place. This year, we are proud to honor 12 deserving women for their exemplary service to the community. They join the ranks of many whom, through their service, have contributed positively to the lives of others.”

The 25th annual breakfast featured a color guard made up of Manhasset VFW Post 5063 and American Legion Post 304, the singing of the national anthem by Lisa Berman and readings from Shirley Romaine. All 12 honorees were recognized with a presentation of certificates by Wink and Supervisor Judi Bosworth.

“Wayne Wink called me to let me know that five people submitted nominations for me,” said Moy. “I was surprised initially, then humbled, then horrified in that order. I really don’t enjoy the limelight. It’s not what motivates me to give back to my community. This award was an unintended consequence of my efforts to highlight the work of all the nonprofit organizations I volunteer for. I believe people admire me because of my heart for community service motivated by passion for helping others.”

“I have run Red Cross Blood Drives in Port Washington and organized a Red Cross and PWCRT event where teams of volunteers from both organizations, plus community members installed smoke alarms in any home that needed one,” said Moy.

Moy has also run several shelters for residents during disasters including Superstorm Sandy.

“Within the Port community this was my greatest accomplishment,” said Moy regarding her help with Superstorm Sandy. “It was as exhausting as it was rewarding. I remember the town commenting to us afterwards that they were fielding emergency calls from every town except Port Washington because residents had somewhere to go to find food, information, camaraderie and electricity to charge their cellphones.” 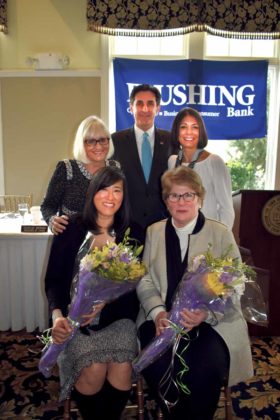 Moy was previously the recipient of awards including the 2016 Community Service Award by the Port Washington Chamber of Commerce, the 2016 Red Cross Emerging Leader Award and a Hometown Hero Award from the Town of North Hempstead after Superstorm Sandy.

Sands Point resident Lane had similar sentiments about being named to the women’s roll of honor.

“It is an honor,” said Lane. “There are a lot of wonderful people in North Hempstead. It’s wonderful to be listed among those women who make a difference in our community.”

Lane moved to Port Washington Estates in 1980, then moved to Flower Hill in Manhasset in 1983 and recently moved to the Village of Sands Point. Lane was introduced to the North Shore Child and Family Guidance Center by a friend who was then the board president. Lane joined the committee to give back to her community.

“I think raising awareness of mental health needs and treatment is no longer the stigma it used to be,” said Lane. “We’re trying to enlighten people. We advocate for services to be provided.”

“Helping to advocate and bringing more awareness about what can be done and the change that can happen in a family if services are provided to that family can make all the difference,” said Lane. “I live in this community and it’s important for me to give back. I want to be able to feel that the community is better for the work I do.”

What did you think of this article? Share your thoughts with me by email at cclaus@antonmediagroup.com.