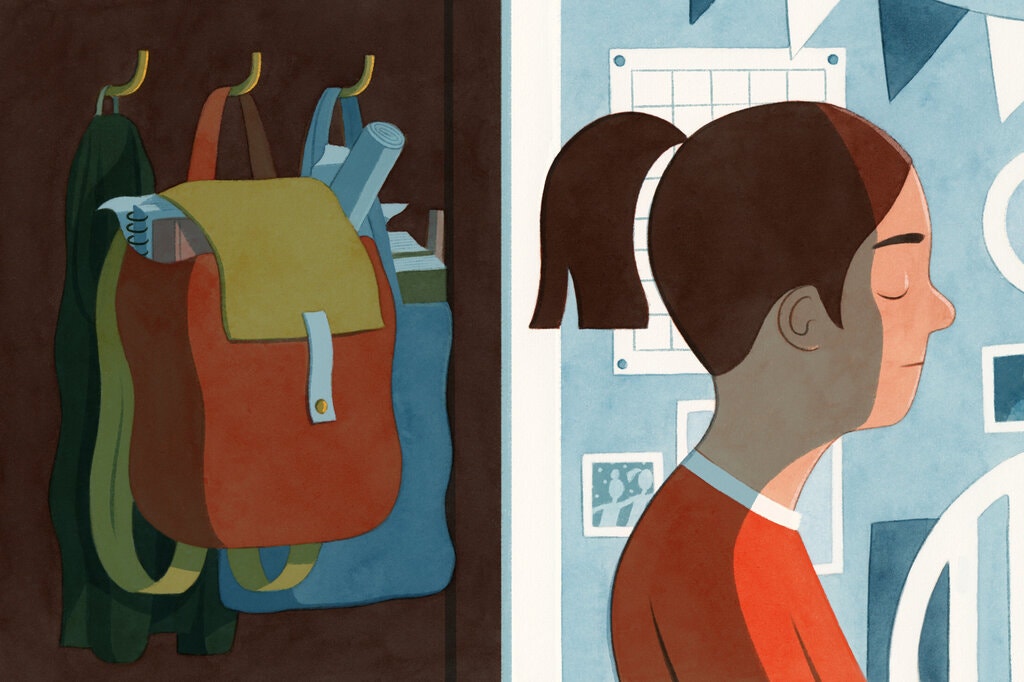 Teens Are Advocating for Mental Health Days Off School

The decline in the mental health of children and adolescents has led to new laws allowing kids to attend to their own self-care.

By the time Ben Ballman reached his junior year in high school he was busier — and more anxious — than he had ever been.

“I had moments where it felt like the whole world was coming down on me,” he said. “It was definitely a really difficult time.”

Before the pandemic shut everything down, his day started at 6:30 a.m., when he woke up to get ready for school. Next came several Advanced Placement courses; then either soccer practice or his job at a plant nursery; studying for the SAT; and various extracurricular activities. He often didn’t start his homework until 11 p.m., and finally went to bed three hours later. Every day it was the same grueling schedule.

“It’s not even that I was going above and beyond, it was, ‘This is the bare minimum,’” said Ben, now 18 and a recent graduate of Winston Churchill High School in Montgomery County, Md. “It’s like a pressure cooker that’s locked down. There’s nowhere to escape. Eventually you just kind of burst at some point, or, hopefully, you can get through it.”

Faced with high stress levels among adolescents and a mental health crisis that includes worsening suicide rates, some states are now allowing students to declare a mental health day.

In the last two years alone, Arizona, Colorado, Connecticut,Illinois, Maine, Nevada, Oregon and Virginia have passed bills permitting children to be absent from school for mental or behavioral health reasons, efforts that were often aided or spearheaded by students.

And in March, Utah decided that a “valid excuse” for a student’s absence will now include “mental or behavioral health,” broadening an earlier definition that referred to mental illness. The legislator who sponsored the bill, Representative Mike Winder, a Republican, told the television station KUTV in February that it was his daughter, then a senior at Southern Utah University, who suggested the idea.

Late last year the advocacy group Mental Health America surveyed teenagers about the top three things that would be most helpful for their mental health. More than half of the respondents cited the ability to take a mental health break or absence from either school or work. And in a Harris Poll of more than 1,500 teenagers conducted in May of last year, 78 percent of those surveyed said schools should support mental health days to allow students to prioritize their health.

Ben, the recent graduate, said that as a high school student he had spoken with classmates who were struggling and needed support but didn’t know where to turn. So he organized a coalition of students to improve mental health services for students in his state. This year he spent months supporting a mental health day bill in Maryland, but it stalled in the State Senate.

There is some debate over what constitutes a mental health day and how best to spend it. Just as there isn’t a precise definition for adults, there isn’t a consensus on what it means for children, either. Typically, it is a day to rest, recalibrate and take a break from your regular routine. Unless a state or a school district outlines specific requirements, families can interpret the term broadly.

Dr. Harold S. Koplewicz, medical director of the Child Mind Institute and a child and adolescent psychiatrist based in New York City, views mental health days as a joyous occasion: an opportunity to have fun.

Ideally, you can use mental health days as a way to celebrate your child’s efforts in school, he said.

For example, maybe your child just finished a big project, handed it in, and the next day she said: “I’m exhausted. I want a mental health day.” In that case, taking the day off is “perfectly appropriate,” Dr. Koplewicz said.

But don’t use mental health days to help your child avoid situations at school that are making them uncomfortable, he cautioned.

Instead, try to pinpoint where that anxiety is stemming from. “Are they avoiding something because it is too challenging? Are they being hurt in some way?” he asked.

If your child doesn’t want to be in school at all or is showing symptoms of depression, like insomnia, oversleeping or a lack of interest in normal activities, take time to have a deeper conversation about what’s going on. Depending on the problem, you might need a longer-term solution rather than simply a day or two to recharge.

If your child needs time off because they are suffering from crippling anxiety or experiencing a behavioral health crisis, for example, it might not be appropriate for schools or families to label that as a “mental health day” — in fact, doing so might inadvertently minimize mental health disorders, Dr. Koplewicz said.

“Sick days are sick days, whether it’s physical or mental,” he added.

Taking a day to relax and recharge can be useful at any age, including for preschoolers, who are also susceptible to stress and exhaustion, said Jennifer Rothman, the senior manager of youth and young adult initiatives at the National Alliance on Mental Illness.

“Everyone has mental health, everyone,” she said. “Our kids are faced with so many things on a daily basis.”

And that was the case well before Covid-19. The state of children’s mental health has worsened over the last decade. Between 2009 and 2019, an increasing percentage of American youth reported feeling sad or hopeless for at least two weeks “to the degree that they could not engage in their usual activities,” the Centers for Disease Control and Prevention reported; and 70 percent of teenagers surveyed by the Pew Research Center in 2018 said anxiety and depression were major problems among their peers.

The percentage of students who seriously considered suicide or made a suicide plan has also risen in the last decade. And suicide has become the second leading cause of death among adolescents.

The pandemic has further exacerbated some of these problems. Nearly half of the parents surveyed in January by the University of Michigan’s C.S. Mott Children’s Hospital said that their teenagers had shown signs of either a new or worsening mental health condition during the pandemic. And a C.D.C. report found that the proportion of 12- to 17-year-olds visiting emergency rooms for mental health reasons rose 31 percent for most of 2020 compared with 2019.

In New York, California and Florida — homes to some of the nation’s largest school districts — there are no state laws specifying that children can take a mental health day. Legislators in each of these states have tried to change that, but those efforts have fallen flat.

In the New York City school system, which has more than 1 million students, a day off for mental or behavioral health reasons “would be treated like any other sick day,” Nathaniel Styer, a New York City Department of Education spokesman, said.

The phrase “mental health day” might make some kids and parents uncomfortable. With that in mind, the school board in Montgomery County, Md., decided that it will excuse absences taken for “student illness and well-being,” starting in the new school year.

“We didn’t want to call it a mental health day, because we know there is still stigma around that,” Karla Silvestre, the school board vice president, told Education Week in June.

Schools are also experimenting with other methods beyond mental health days to help students cope with their daily stressors. The Jordan School District in South Jordan, Utah, is using “wellness rooms,” where students can decompress for 10 minutes if they are feeling overwhelmed. And some schools in Colorado have created “oasis rooms,” a student lounge staffed with peer counselors and other resources.

Melanie Zhou, 19, who attended high school in Highlands Ranch, Colo., worked alongside other students to create the oasis rooms after a friend died by suicide.

“When my friend passed away, I had no idea how to grieve properly,” she said.

Much like Ben, Melanie felt that academics were the priority at her school, not self-care. And at home, “mental heath was not talked about very clearly or openly,” she added.

One advantage of declaring a “mental health day” and recognizing its importance at the state level is that — ideally — using this kind of language can help families start to have more open conversations about subjects related to mental health, and potentially reduce some of the stigma associated with self-care, Ms. Rothman said.

“It doesn’t necessarily mean that you have a diagnosable illness, it just means that you are taking a break,” she added.