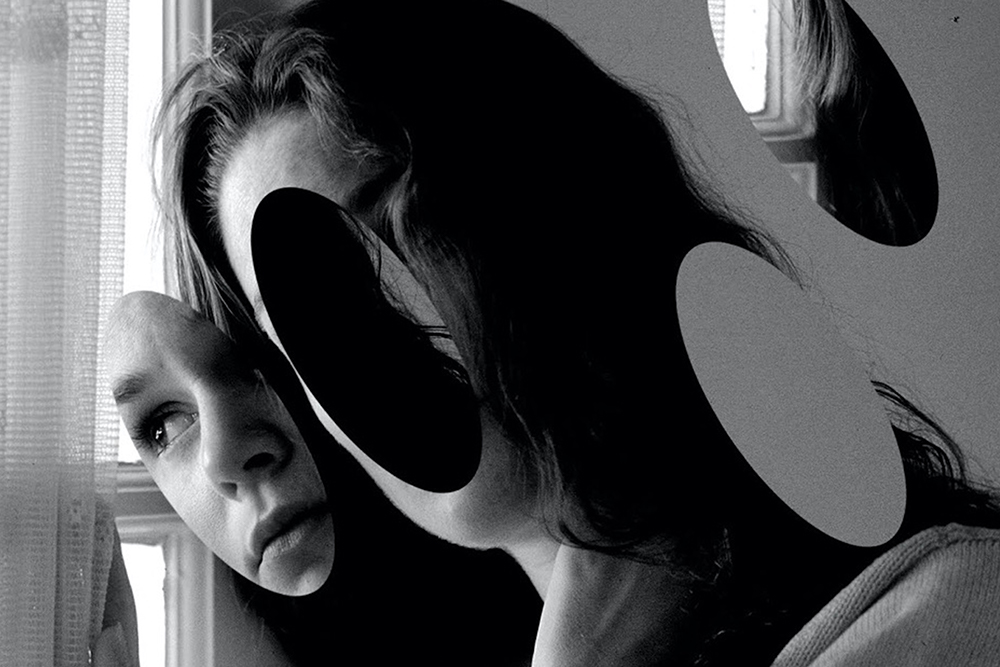 Teenagers Are Struggling, and It’s Not Just Lockdown

By Emily Esfahani Smith, Originally published in the New York Times, May 4,2021

When schools shut down last spring, Carson Roubison, a charter school student in Phoenix, was initially relieved. There were some difficulties in those early days at home — when classes went online, Carson and his parents, both public-school teachers, had to share the sole family computer. But Carson’s stress levels fell as school became less demanding during the transition to distance learning.

“I wasn’t aware of the giant impact the pandemic would have,” he said, “so I was excited, to be honest, to have some time off school.”

But things changed in the fall. The academic load went back to prepandemic levels, even though learning was still remote. Carson, a senior, struggled to stay motivated. His mental health suffered. He hoped to attend community college the following fall, but grew increasingly “terrified” that the education he’d received in high school over the past year would leave him unprepared.

“I’m afraid I’m going to get to community college,” he said, “and be held to the same standards as past students, and fail. That’s the biggest source of my anxiety.”

Carson’s story is not unique. The pandemic has taken a toll on the mental health of millions. But adolescents have been hit especially hard. According to a national poll conducted in January by the University of Michigan’s C.S. Mott Children’s Hospital, 46 percent of parents say their teenagers’ mental health has worsened during the pandemic. More alarmingly, a report by the Centers for Disease Control and Preventionfound that the proportion of 12- to 17-year-olds visiting emergency rooms for mental health reasons rose 31 percent for most of 2020 compared with 2019. And this is all on top of an already existing mental health crisis among young people.

While many experts believe that the reason adolescents are struggling today is that they’re away from friends and school, a closer look at the research reveals a more complicated picture. According to psychologists who study adolescent resilience, one of the biggest threats to the well-being of today’s teenagers is not social isolation but something else — the pressure to achieve, which has intensified over the past year.

Psychologists define resilience as the ability to adapt well to stress. For decades, they have studied why some kids are more resilient in adversity than others. Suniya Luthar, emerita professor of psychology at Columbia’s Teachers College and a leading resilience researcher, believes the pandemic is a “natural experiment” that can help answer that question: When you expose adolescents to an event that changes their lives significantly, how do they cope?

Dr. Luthar began her career studying resilience among urban youth living in poverty in Connecticut in the 1990s. At the urging of one of her students at Yale, where she was teaching, she also started studying teenagers living in middle- and upper-middle-class suburbs like Westport, Conn., where many of the parents are high-achieving professionals who emphasize the value of status and achievement to their children.

Comparing these students with the poor, urban adolescents, she was shocked to discover that the suburban children were doing worse on drug and alcohol abuse. They also had higher rates of anxiety and depression as compared with national norms. Researchers knew that social conditions were important determinants of resilience, but they hadn’t known that living in success-oriented cultures was a risk factor.

In the years since, Dr. Luthar and her colleagues at Authentic Connections, a research group that works to foster resilience in school communities, have studied tens of thousands of teenagers attending “high-achieving schools,” which she defines as public and private institutions where students on average score in the top third on standardized tests. The students in these samples come from a variety of racial, regional and socioeconomic backgrounds. In one group of students Dr. Luthar studied, for example, one-third were members of ethnic and racial minorities and one-quarter came from homes where at least one parent did not attend college.

But regardless of these differences, many of them were struggling in the same way. In a paper published in 2020 in the academic journal American Psychologist, Dr. Luthar and her colleagues — the psychological researchers Nina Kumar and Nicole Zillmer — reviewed three decades’ worth of research findings showing that adolescents at high-achieving schools suffer from symptoms of clinical depression and anxiety at rates three to seven times higher than national norms for children their age.

What’s driving their misery, the research shows, is the pressure to excel in multiple academic and extracurricular pursuits. The National Academies of Sciences, Engineering, and Medicine and the Robert Wood Johnson Foundationsuggest children living in an achievement-oriented culture are at risk for adjustment problems, like those facing more predictable forms of adversity, such as poverty and trauma.

The pandemic offered a rare reprieve for students — at first. Since 2019, Dr. Luthar and her colleagues have surveyed thousands of adolescents each year at public and private schools across the nation. Replicating findings of earlier research, these students reported suffering from anxiety and depression at higher rates than national norms before the pandemic. But when schools closed last spring, something unexpected happened — the well-being of these students actually improved. As classes and exams were canceled, grading moved to pass/fail and extracurricular activity ceased, they reported lower levels of stress, anxiety and depression compared with 2019.

But these improvements were short-lived. Dr. Luthar and her colleagues found that beginning in the fall of 2020, as schoolwork ramped back up, the mental health of adolescents returned to prepandemic levels or worse. According to research that will be published in Social Policy Report, a quarterly publication of the Society for Research in Child Development, the strongest predictor of depression among these students was perceived parental criticism and unreachable standards.

“Even though I’m trying my best, it never really goes the way I wished,” a student Dr. Luthar studied wrote, “and my mother adds stress because she is always saying that I NEED to have a 90 or higher averages in all my classes.”

Other research supports these findings. In a nationally representative study conducted by NBC News and Challenge Success, a nonprofit affiliated with Stanford’s education school, researchers studied over 10,000 high school students in the fall of 2020. Comparing the experience of these students with about 65,000 adolescents surveyed between 2018 and February 2020, these researchers, too, found that many students reported feeling more stressed about school during the fall of 2020 than before the pandemic. A chief cause of their stress: the pressure to achieve.

Nearly half of all students reported that the pressure to do well in school had increased since 2019, and over half said their school-related stress over all had risen. Grades, workload, time management, lack of sleep and college fears were the most commonly cited sources of stress. These findings held across socioeconomically diverse schools. At underresourced schools, students were more likely to report being stressed about family finances, according to Denise Pope, a founder of Challenge Success, but the top stressors were still grades, assessments and college.

“My school is giving too much work,” a 10th grader in this study wrote, “even though times are tough for everyone. At first, this was just a break from school, but now all I feel is stress, anxiety and pain.”

Parents appear to play a big role in this phenomenon. Fifty-seven percent of students said that their parents’ expectations for their performance stayed the same during the pandemic, while 34 percent said their expectations increased. The stereotype of the adolescent aloof from parental influence doesn’t seem to apply to these students, who report feeling more stressed about family pressure than peer pressure.

When Dr. Pope asks parents to define success, they inevitably say that they want their children to be happy and healthy, have loving relationships and give back to society. But when she asks children how they define success, many describe a narrow path: getting good grades, going to college and securing a high-paying job.

Dr. Pope believes the gap is due in part to how parents praise their kids. Many parents reward their children when they perform well, which sends a signal to the kids that the approval and love of their parents depends on how much they’re achieving. So inevitably, if they believe they are falling short of their parents’ expectations, their sense of worth and well-being suffers.

Larger cultural forces are also pushing students to define success narrowly. As inequality rises and two major recessions in the past decade have left millions out of work, many students may feel compelled to climb the ladder to ensure their economic security as adults. College admissions at top-tiered schools has become more selective over the same period of time, leaving students competing harder for fewer spots — only to receive an education that will likely leave them or their parents in debt for many years to come.

If we want more-resilient kids coming out of the pandemic, then we need to heed a lesson of this past year — that the pressure to achieve is crushing the spirits of many young people and should be dialed back. Parents can play a vital role here. They can help ease their children’s anxiety by reminding them that where they attend college will not make or break them — and that getting Bs does not equal failure.

They can encourage them to prioritize their health and well-being by getting enough sleep and making time for play and leisure. And above all, they can teach their children that loss is an inevitable part of life by speaking to them about the grief of the past year. This doesn’t mean parents should necessarily lower their standards. But they might emphasize different benchmarks for achievement, like those they themselves claim to most value for their children — happiness, health and love.

If you are having thoughts of suicide, call the National Suicide Prevention Lifeline at 1-800-273-8255 (TALK). You can find a list of additional resources at SpeakingOfSuicide.com/resources.

Ms. Esfahani Smith is a doctoral student in clinical psychology and the author of “The Power of Meaning.” At the beginning of the pandemic, she wrote about how a key to surviving the mental-health trials of isolation is to look for meaning rather than happiness.

If your child or teen is expressing suicidal thoughts or feelings, we can help through our Douglas S. Feldman Suicide Prevention Project. To learn more, click here.

Home 9 Blog 9 Teenagers Are Struggling, and It’s Not Just Lockdown