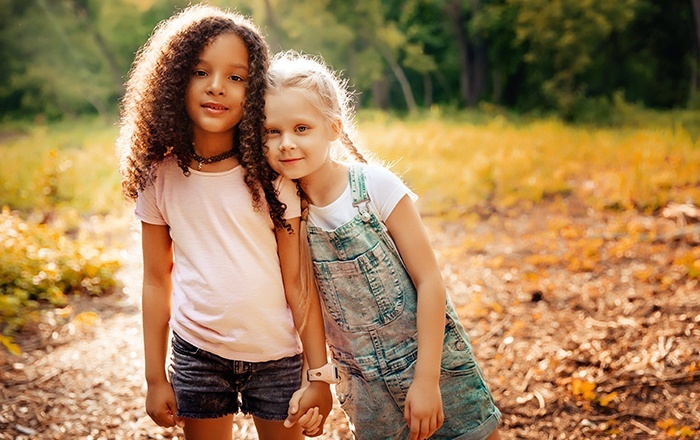 Teach Your Children About Racism

The death of 46-year-old George Floyd after being arrested in Minneapolis has rocked the United States. Floyd’s death exemplifies the disparities in victims of police brutality, as black men are at a higher risk of being killed by police.

In response, protests have taken place in major cities across the country demanding justice and an end to racism and intolerance in America.

With this heightened awareness of racial injustices, parents can use this time to teach valuable and necessary lessons to their children about the value of diversity and the need for empathy.

Parents play a crucial role in shaping their children’s prejudices and racial biases from a young age. As touched on in an earlier article on our blog, children naturally notice differences between themselves and others, which gives parents an opportunity to have important conversations with their children about what these differences mean.

Though we may think that very young children do not have the capacity to understand such a heavy topic, research has shown that racial biases can be internalized by children by ages two to four years old.

In order to make meaningful change, parents must raise their children not to be blind towards others’ differences but to celebrate them. The systemic underpinnings of racial injustices in America will not be undone overnight. It will take a generation of Americans who are accepting and empathetic to make strides toward equality.

Literature can be an incredibly important resource for children to learn about the plight of Black Americans. For young children, it is important that parents present them with picture books and other forms of entertainment that represent diversity in a positive light. For some ideas, Time Out has compiled a list of children’s books celebrating diversity and inclusion.

As children get older, parents should look to help their children understand the history of racism in the United States. This can supplement their education in school, perhaps by having discussions about the implications of historical events such as the Civil War that have impacted racial dynamics in the country. Doing so allows children to understand the larger-scale issues at hand in moments of racial prejudice.

Additionally, children should feel comfortable talking to their parents about such troubling instances of intolerance or prejudice. This could be the bullying of the child or a peer due to their race or seeing headlines in the news like the death of George Floyd. While parents may feel apprehensive embarking on these discussions, their importance cannot be overstated. By beginning an open dialogue about race, children will learn the value of listening and developing a sense of empathy for the experiences of others.

Inclusive literature is just as important, if not more so, for older children, teenagers and young adults alike. Modern young adult fiction novels such as Angie Thomas’s The Hate U Give and Nic Stone’s Dear Martin can help teenagers take a deep look into the experience of racism in America.

For white children, these stories can further develop the sense of empathy. Inclusive literature is also incredibly valuable for children of color who do not see characters who look like themselves often enough. These stories will equip them with the knowledge that they are capable of being the hero of their own story.

Historically, young people have played major roles in social movements. From the civil rights movement in the 1960s to the March for Our Lives in 2018, young people have proven to have the intellectual capabilities and the strength to be leaders who can influence the hearts and minds of adults.

Though this movement has been motivated by tragedy, it is important that parents underscore the positive elements of the moment. Young people are standing up for what is right, taking a stand against injustice, and proving that their generation will continue to pave a path toward equality.