There is a picture that my husband took on my first Mother’s Day last year. I’m holding my 10 week old daughter. She is a wearing a bib that says “my first mother’s day.” I am wearing a diamond necklace that my husband gave me and my pre-pregnancy jeans. I might even have managed to wash and dry my hair that day. When my husband posted the picture on social media, people said, “You look amazing!!”

What struck me most about the comments was not so much their kindness as their irony. If anyone really knew about the day that picture was taken, they would know it was the lowest day of my life. 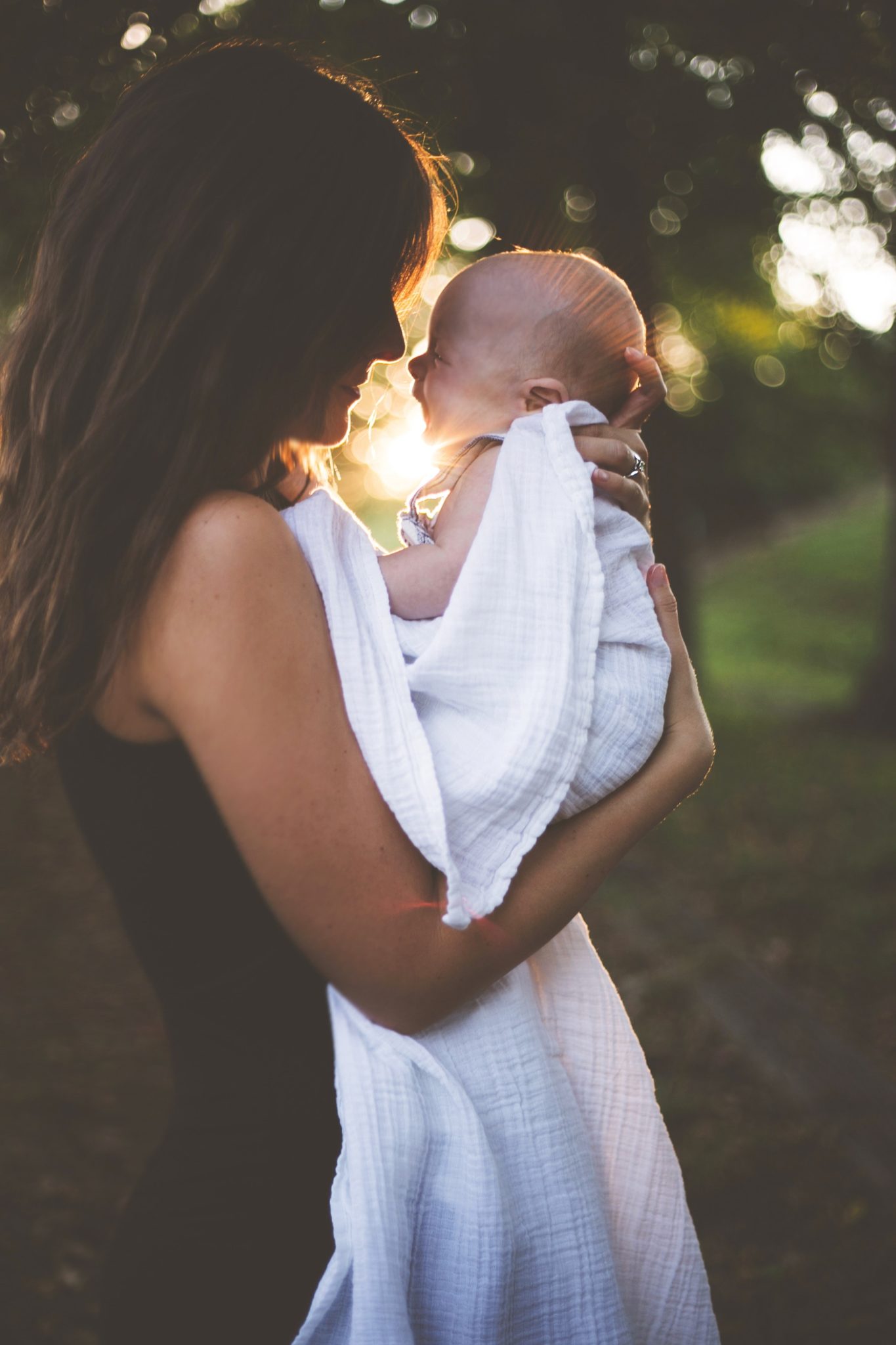 I hadn’t slept more than one hour a day in weeks. I had lost over forty pounds in 10 weeks because I was too anxious and too depressed to eat or drink. The truth was I was dying inside from perpetual, debilitating postpartum anxiety, depression and posttraumatic stress disorder.

The day of my daughter’s one month pediatrician’s visit, everything went perfectly. But when we got home, my daughter slept for a record hour and a half. I tried to give her a bottle at her feeding time, and she wouldn’t take it. She was lethargic and hard to wake. I called my mother frantically. “She’s not okay, something is wrong.” My mother, thinking she was coming over to talk me off the ledge, arrived and agreed, something was not right.

In a matter of the three hours since the wellness visit that my daughter had passed with flying colors, I found myself back at the pediatrician’s office where his exact words to me were: I do not have a good feeling about this. He sent us straight to the emergency room.

The next six days were a blur. They tried multiple times to start a fluid IV and to draw blood, both of which were incredibly challenging as her little body had miniature and dehydrated veins. I was so overwhelmed by the intensity, speed and clinicality of everything that was happening that I shut down. I paced and wept outside the room while my mother stayed by her side.

After several unsuccessful spinal taps to determine if she had meningitis, she was admitted to the hospital. It took three more days for her tests to come back positive for rotavirus.

My girl’s hospitalization was the beginning of the end for me. I could not move past the fact that she had almost died under my care. What if the next time I didn’t catch the signs and symptoms soon enough?

Every day at home following the baby’s hospitalization was worse than the one before. My sleep became more erratic, my appetite less, my mood more unpredictable. All I wanted to do was run away from my life. However, I couldn’t run a simple errand alone without rushing home in a panic that she might be getting sick again.

It became impossible for me to focus. I had panic attacks all day and night. I felt tremendous pressure to make sure that nothing like her illness ever happened to her again. However, this unbearable pressure took such an emotional toll that it drained my will to live.

I was so distraught that I wished I was dead. I didn’t want to kill myself, but my emotional and physical pain was so profound that I desperately wanted someone to end the suffering for me. Some days I imagined lying to my husband. Saying that I was going to run out and do an errand and then I would crash the car. I would injure myself enough that I wouldn’t die, but I would need to be hospitalized for several weeks. Once I was there, I thought, they’ll give me medicine to sleep and someone else can take care of the baby. If I could just get some rest, I wouldn’t feel like this anymore. On really bad days, I imagined wandering out into the middle of the street and letting someone hit me. Wouldn’t it be better for everyone if I was gone?

I finally realized that I needed professional help. I did some research online to see if I met the risk factors for postpartum depression. Much to my dismay, I not only met them, I appeared to be their poster child: depression, sadness, anxiety, panic, difficulty eating and sleeping, a feeling that I was “going crazy” and the most painful of all, a feeling that I should never have become a mother.

I was also demonstrating signs of post-traumatic stress disorder. The flashbacks of my daughter’s hospitalization and the events surrounding it: avoidance of stimuli associated with the event (i.e. my home), hypervigilance, panic attacks, and feeling a sense of detachment from my child haunted each day.

I needed someone to tell me that I could get through this. When I was finally connected with North Shore Child and Family Guidance Center, my life and my daughter’s life was changed forever. I left a message for Vanessa McMullan, supervisor of postpartum and maternal mental health services. She called me back at the exact moment I was trying to place my daughter into her carrier. The baby and I were both crying. Vanessa asked where we were going and if we were okay. I asked if she would call me back in 20 minutes once I got the baby into the car and she did. She insisted that I come in the next day.

When I arrived at the Marks Family Right from the Start Center, I was ashamed to be there. I needed professional help to be happy to be a mother. What a disgrace.

That first meeting, Vanessa asked a lot of questions. I went into details about the baby’s hospitalization. I needed someone to take away some of this pain. Vanessa mentioned the myriad of postpartum support services offered by the Guidance Center and I recall that I actually scoffed when she mentioned the time frame that the typical woman requires to recover from this illness. I did not have that kind of time nor was interested in being there for that long, not to mention, I wasn’t even really that sick.

Meanwhile, Vanessa and I just celebrated our 1 year anniversary.  Over the last 13 months, Vanessa has felt like a friend, a sister and a war buddy. She has never ceased to be the consummate professional. She was there to work through the Mother’s Day meltdown with me, she was there to talk me through the trauma, and the unexpected flashbacks that terrified my husband. She was there to help me transition back to work, this time as a mom. She has fielded my panicked phone calls when I’ve had a down day and feared that I was regressing, reminding me that it’s not a straight path to recovery and that not every day will feel like this.

Additionally, thanks to the Guidance Center’s network of services, Vanessa connected me with their psychiatrist. She too was professional, warm and understanding and alleviated many of my concerns. My work with Vanessa became more effective once the medication was competently managed and was able to help relieve my blinding anxiety and depression.

Last summer, Vanessa put together a support group for moms. She encouraged us to bring our children and gave us a place to normalize all that we’d been experiencing. There are no words to describe what it means to have the feelings that you thought were indicative of your deficiencies mirrored by another individual. It is liberating and healing to see and hear that motherhood is a bumpy road for us all. To have a safe space like the group that Vanessa created was extraordinary and essential to the recovery process.

The problem is that there are not enough programs like the one at the Guidance Center. Plus, the stigma associated with admitting that motherhood is hard and at times depressing is daunting to many women, and so they suffer in silence, sometimes with fatal consequences.

Being here tonight, I am admitting for the first time in public that I am a mother recovering from postpartum depression, anxiety and PTSD. It is singularly the most common complication following childbirth. What is more, it is not a disease that affects individuals. It is a disease that affects families. Had it not been for the compassionate work of Vanessa and her team, I might not have been here at all. The Guidance Center has helped to save my life and has given my daughter back her mother.

I am happy to report that my little girl is 15 months old. She is walking, talking, running, climbing the stairs and terrorizing the dog. She is gorgeous, healthy and the absolute light of my life. I am so grateful to have my life back and I am so grateful that I am able to share it with her confidently as my best, most imperfect self. While my recovery is still a work in progress, the Guidance Center continues to be a safe space for me and my family. A year ago, Vanessa promised that I would feel better one day, and that day is today.