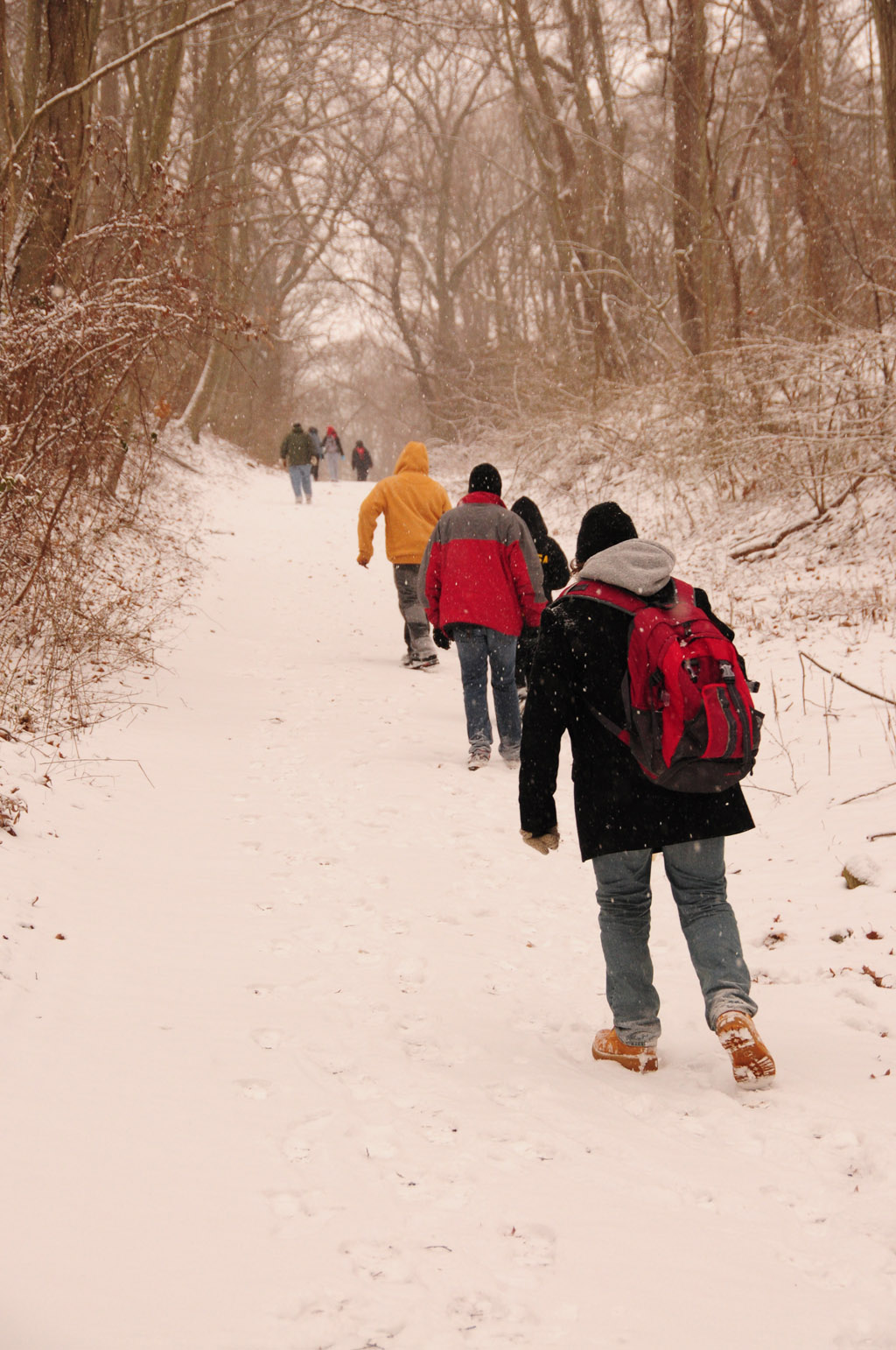 During the holiday season, it seems that spending time appreciating the beauty of the natural world takes a backseat to hitting the shopping malls and hunting for bargains online.

That’s a shame, because being in the outdoors provides huge benefits in every season of the year. The healing power of nature is why North Shore Child & Family Guidance Center created our Wilderness Respite Program, which this year celebrates its 20th anniversary.

The Wilderness Respite Program provides a unique opportunity for at-risk adolescents—some of whom have issues such as depression, anxiety and autism—to put down their tech devices and head outside to participate in hikes and other nature activities that foster individual growth, leadership skills, self-esteem and friendships while also promoting environmental stewardship.

During one of the planning meetings for an upcoming hike, a few of the boys tried to take control of the situation by dominating the other group members through physical posturing and verbal banter. That all changed once the teens drove to the state park and departed from the van. We found ourselves immersed in the forest, with no pavement, stores, traffic lights or any of the usual trappings of the home neighborhood—the kind of pure, natural environment many of the teens had rarely if ever experienced.

Little by little, all of the teens learned to work together, decoding the trail markers located on trees and rocks. Relying on their growing awareness of themselves and the direction of the staff, the teens gradually learned to hike at a controlled, measured pace, rather than starting out in a sprint and tiring as the day wore on. Although this was emphasized during preparation meetings, it was in the “doing” that this learning was integrated by the hikers, who soon learned how easy it was to get worn out.

The hike was a challenging one, lengthy and with rough terrain. It was an experience most of the teens felt was beyond their capabilities, but once they realized they could overcome these perceived limitations, they felt exhilarated. They also developed a noticeable respect, admiration and affection for each other. Tired and done-in, the group gathered around some rocks, leaning on one another for support, warmth and belonging.

Self-discovery took another turn on a canoeing trip by the same group earlier in the fall. The teens were faced with strong winds and an unfriendly current as they attempted to learn basic canoeing skills on Long Island Sound. All of them experienced a great deal of frustration, disappointment and anger as they struggled in teams to control the direction and progress of their canoes. They learned that the elements and obstacles proved too formidable on that day for us to reach our destination, when after three hours of tiresome paddling, we needed to turn around and paddle back to our starting point, rather than continue to our original destination six miles away.

But the trip wasn’t by any means a failure, because learning how to handle disappointment is just as valuable as experiencing success. The group learned that when the challenges of the wilderness became tiring and weather conditions on the water became burdensome and oppressive, they had to reach inside themselves to summon up additional strength to overcome frustration, anger and fear. So, even though the trip had more than its share of disappointments, the teens were able to carry over the feeling that they could handle it when things don’t go smoothly.

These wilderness outings to excursions on both land and sea were successful because they all serve to prepare the teens for unknown challenges ahead.

Portions of this story, which was written by Guidance Center Executive Director Andrew Malekoff, were originally published in Anton Media.