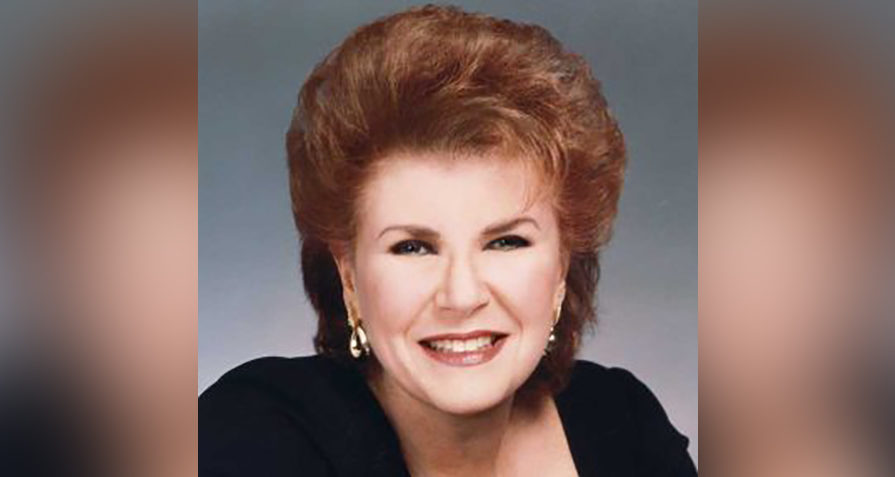 Helene Fortunoff believed in the value of hard work, at any age.

In the 1950s, the retail trailblazer established the fine jewelry division in what was then a small group of Brooklyn housewares and home furnishings stores called Fortunoff, which later became a Long Island institution.

The former president of Fortunoff Fine Jewelry and Silverware Inc., Helene Fortunoff felt it was important to expose her six children to what it took to run a growing family business.

“I took my children to work as soon as they were able to crawl on the floor,” Newsday quoted Helene Fortunoff saying in March 2010, when she was a panelist at a Hofstra University roundtable discussion on running family-owned companies.

“They worked in storerooms. At about age 12 they would be out on the floor. We put a suit” on one of the Fortunoff sons, she said. “People would come up and say, ‘There are child labor laws.’ I guess you could say I dragged them, but it was a worthwhile experience.”

Helene Fortunoff died Monday in Miami Beach of a respiratory illness, her family said. She was 88 years old.

She was a retail pioneer, at a time when women serving in business leadership positions was rare, said her daughter Esther Fortunoff-Greene, of Old Westbury.

“She was a groundbreaking woman who shared her knowledge with other women to help make all women able to succeed in the working world. And, of course, she did say you could have it all because she had six children and she worked full time,” Fortunoff-Greene said.

Fortunoff was born Helene Finke on March 2, 1933, to Samuel and Tillie Finke in Paterson, New Jersey. She had one sibling, a brother named Leon.

In 1953, she married Alan Fortunoff, whose parents, Max and Clara Fortunoff, had started the Fortunoff business in Brooklyn in 1922.

Helene Fortunoff established the jewelry division at Fortunoff in 1957.

In 1964, the company moved its eight Brooklyn stores to Long Island, consolidating them into a 150,000-square-foot superstore with three levels in Westbury, which became the flagship of the business.

Alan and Helene and their children, which then numbered four, moved from Brooklyn to Old Westbury in 1965.

By 2003, there were six Fortunoff stores in New York and New Jersey, including a store on Fifth Avenue in Manhattan that was the flagship of the jewelry division.

Fortunoff’s annual revenues were more than $400 million, according to a Newsday article published in June 2002.

The high-end jewelry business flourished, and had its own manufacturing division, Fortunoff-Greene said.

Jewelry sales eventually accounted for about one-third of Fortunoff’s revenues, she said. Much of that was due to Helene Fortunoff’s foresight in sourcing unique products globally, she said.

“She traveled the whole world and brought back great products for the stores. … She took our team to Thailand, India, Hong Kong. [We went to] Italy twice a year,” she said.

With Helene Fortunoff at the helm of the jewelry division, Fortunoff was “recognized by National Jeweler in 2003 as the 24th-largest jewelry retailer in the United States with just five jewelry departments,” the Fortunoff family said in a statement.

Newsday featured her in a Jan. 3, 1970, article about her design process.

“The attractive 37-year-old wife of Alan Fortunoff, head of the stores of that name, never had any formal design training until she tried a hit-or-miss approach to creating jewelry about 12 years ago,” Newsday reported.

Helene Fortunoff believed “in natural obsolescence like the garment industry,” she said in the article.

“A woman buys a $200 coat and gives it up in one or two years. Why not the same with jewelry?” she said.

After Alan Fortunoff died in 2000, Helene Fortunoff succeeded him as president.

She retired after the business was sold in 2005.

Fred Reffsin became acquainted with the Fortunoffs during the 1990s, when he was president of high-end watch company TAG Heuer.

“They were big customers of the brand,” said Reffsin, 64, of Norwood, New Jersey.

Helene Fortunoff’s impact on the retail industry through her position with Fortunoff, an iconic company, was significant, he said.

“She was a real, authentic, tough business person, but fair. Always was warm and welcoming … smart, very smart, and a great merchant,” said Reffsin, who also worked for the Fortunoff company as a watch consultant after the business was sold.

Helene Fortunoff married Robert Grossman in 2006, and they moved to Miami Beach about 10 years ago, Fortunoff-Greene said.

The Fortunoff business filed for bankruptcy protection in 2008 and 2009, the year it closed.

Helene Fortunoff’s volunteer work included serving as a past trustee of the North Shore Child & Family Guidance Center and a past chairman of Hofstra University’s board of trustees.

She is survived by her husband, Robert. In addition to Fortunoff-Greene, Helene Fortunoff’s surviving children are Andrea Fortunoff, Rhonda Hampton, Ruth Fortunoff-Cooper and David Fortunoff. Her son Louis Fortunoff died in 2012.

She is also survived by nine grandchildren and one great-grandchild. Her brother Leon Finke predeceased her.

The funeral will be at 11:30 a.m. Wednesday at Temple Sinai of Roslyn, 425 Roslyn Rd. (vaccination and mask required). To livestream, go to venue.streamspot.com/2f55cc72.

Donations in Helene Fortunoff’s memory can be made to the Fortunoff Video Archive for Holocaust Testimonies at Yale University, the North Shore Child & Family Guidance Center or the Lustgarten Foundation for Pancreatic Cancer Research.

Tory N. Parrish covers retail and small business for Newsday. She has worked at the Pittsburgh Tribune-Review and Observer-Dispatch in Utica, N.Y.