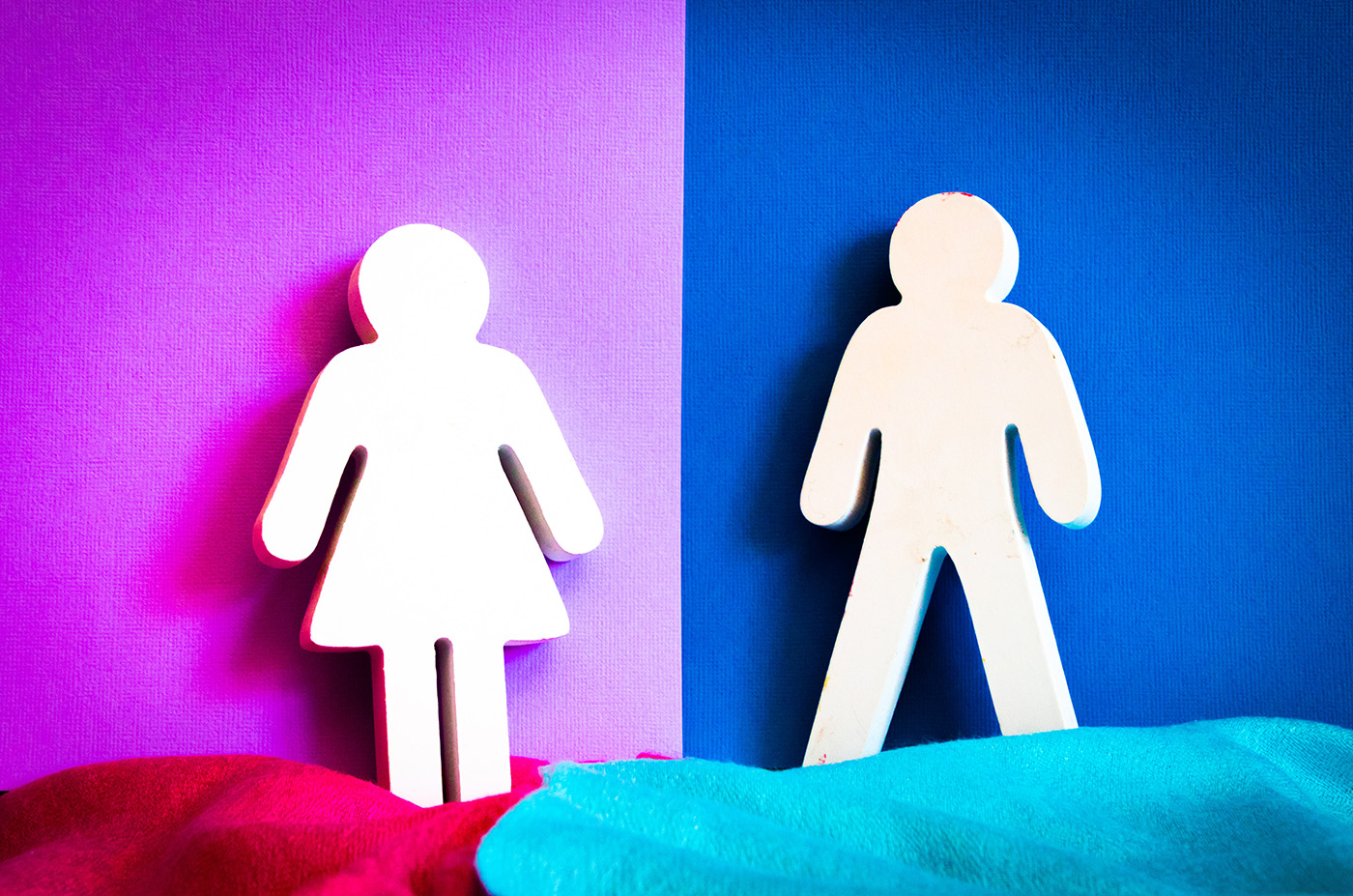 He Said, She Said, They Said: A Look at Gender

If you’re a parent, and you’ve heard these terms before, you may be confused about what they mean. As a larger understanding of gender among young people has increased over the past few years, topics, terms and ideas have emerged, and you can be sure that your kids are talking about it. In next week’s blog, we will be talking about sexuality; that is, the ways people are sexually and romantically attracted to others. For now, though, we will be talking about gender identity.

Below is a Q and A about the topics related to gender identity.

Sex refers to the gender someone is assigned at birth, usually a penis for men, and a vagina for women. Someone who identifies with their gender assigned at birth is referred to as cisgender.

Gender refers to how one experiences and expresses attributes associated with being a man or a woman. The gender binary is the classification of gender into two distinct, opposite and disconnected forms of masculine and feminine (exclusively male or female). Modern theories of gender reject the gender binary and see gender as a spectrum, not a fixed binary of male and female. This allows for more freedom and fluidity when thinking about gender.

What does it mean to be transgender?

Transgender people are those whose gender identity is different from the gender they were thought to be at birth. “Trans” is often used as shorthand for transgender.

Furthermore, everyone—transgender or not—has a gender identity. Most people don’t think about their gender identity, however, because it matches their sex at birth.

The best way to understand what being transgender is like is to speak with transgender people and listen to their stories.

How does someone know they’re transgender?

Realizing one is transgender is different for each person. Some people “just knew” at an early age, while others may have come to realize it over years. Recognizing who they are and deciding to start thinking about their gender can take a lot of reflection. Because transgender people are often discriminated against, harassed and made to feel unsafe, it may take many years, and a lot of courage, to open up about their gender identity.

What’s the difference between sexual orientation and gender identity?

What’s the difference between being transgender and being intersex?

What is the difference between being transgender and being gender non-conforming?

Being gender non-conforming means not conforming to gender stereotypes. For example, someone’s hair, clothes and hobbies might be more “feminine” or “masculine” than what’s stereotypically associated with their gender. Gender non-conforming people may or may not be transgender. For example, someone who identifies as a woman may have short hair, which may be considered masculine to some.

What does it mean to have a gender that’s not male or female?

Most transgender people are men or women. But some people don’t neatly fit into the categories of man or woman. For example, some people may have a gender that blends the elements of being a man or a woman, or a gender that is different than either male or female. Some people don’t identify with a gender. Some people’s gender fluctuates over time. People whose gender is not male or female may use different terms to describe themselves. One of those terms is non-binary, which is used because the gender binary refers to the two categories of male and female. Others may use the terms genderqueer or genderfluid. If you don’t know what term someone uses to describe their gender, you should ask them politely.

Why don’t transgender people get counseling to accept the gender they were assigned at birth?

Counseling aimed at changing someone’s gender identity, sometimes known as conversion therapy, doesn’t work and can be extremely harmful. Telling someone that a core part of who they are is wrong or delusional and forcing them to change is dangerous, sometimes leading to depression, self-harm, substance abuse and even suicide. However, many transgender people find it helpful to get counseling to help them decide when and how to tell the world they are transgender.

What does “gender transition” mean?

Transitioning is the time period during which a person begins to live according to their gender identity, rather than the gender they were thought to be at birth. This may include changing clothing, appearance, name or the pronoun people use to refer to you (like she, he or they). This also may include legally changing their name on their driver’s licenses, passports or other documents. Some people undergo hormone therapy or other medical procedures to change their physical characteristics as well. Transitioning can help many transgender people lead healthy, fulfilling lives. No specific steps are necessary to “complete” transition; it’s different for each person. Furthermore, all transgender people are entitled to the same dignity and respect, regardless of which transitioning steps they have taken.

What medical treatments do some transgender people seek when transitioning?

Some, but not all, transgender people undergo medical treatments. Some of these treatments include hair growth or removal procedures, hormone therapy and various surgeries to make one’s face, chest and anatomy more in line with one’s gender identity.

What is gender dysphoria?

For some transgender people, the difference between the gender they are thought to be at birth and the gender they know themselves to be can lead to serious emotional distress that can negatively impact their health and everyday lives. Gender dysphoria is the medical diagnosis for someone who experiences this distress.

Why is transgender equality important?

Bridging the gap between you as a parent and your child whose gender is unclear may be frustrating and difficult. However, there are many resources online and in person to help you to further understand. When in doubt, ask questions, use resources and be respectful. Listen to the stories of transgender people, and try to be inclusive as much as possible.

How to be a transgender ally:

Trans: an abbreviation of the word transgender. Often used to describe a transgender person.

Transexual: identifies psychologically as a gender other than the one they were assigned at birth. They often wish to transform their bodies hormonally/surgically to match their inner sense of gender.

Queen: may refer to a drag queen or an effeminate gay man. Usually reserved for self-identification.

Sex Change: referring to a sex-change operation inaccurately suggests that a person must have surgery in order to transition.

Tranny, She-male, he/she, it: these words dehumanize transgender people and should never be used.

Home 9 Blog 9 He Said, She Said, They Said: A Look at Gender