“The lack of mental health parity is one of the biggest social justice issues of our time,” said Matthew Shapiro, Associate Director, Public Affairs, NAMI-NYS. “People living with mental illness and addiction are being discriminated against with separate and unequal treatment by insurance providers. New Yorkers are fortunate to have a strong advocate in Andrew Malekoff, who is bringing awareness to this issue and is fighting for access to recovery support services. NAMI-NYS is honored to recognize Andrew as a Parity@10 Champion.” 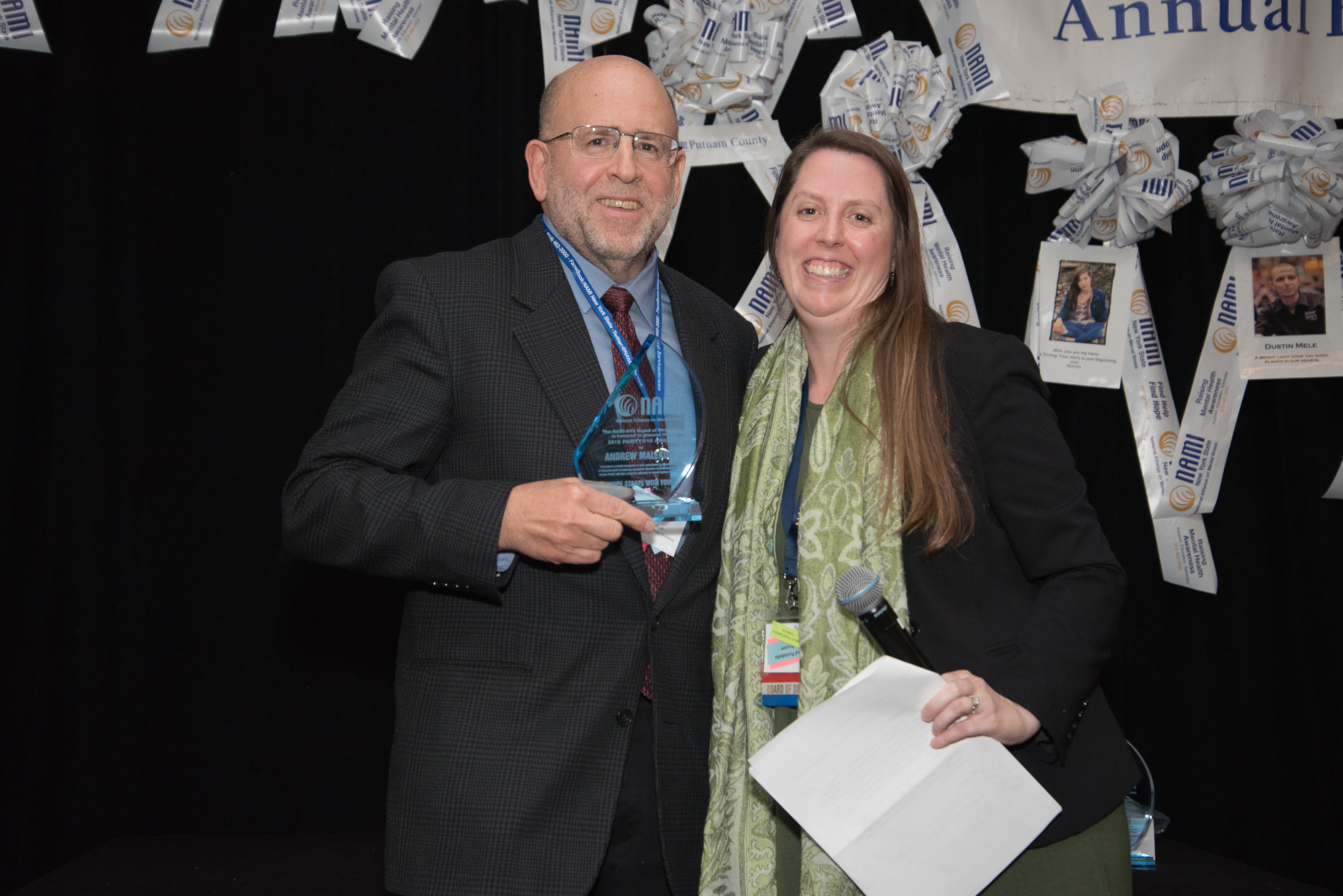 Andrew Malekoff receiving the award from Ariel Coffman, Board Member of NAMI-NYS

Parity@10 refers to a three-year campaign seeking compliance to the landmark 2008 Mental Health Parity and Addiction Equity Act, a federal law that mandates equal insurance coverage for mental health and substance use disorders as compared to other medical benefits covered by the plan. Unfortunately, insurers are not complying with the law and enforcement has been inadequate, leaving millions of Americans at risk.

In an attempt to draw attention to these discriminatory practices, in December 2017, North Shore Child & Family Guidance Center released Project Access, a year-long research study that asked 650 Long Islanders about the ease or difficulty of accessing mental health and addictions care. Some of the key findings:

NAMI’s Shapiro called the Project Access study “eye-opening for many and a true catalyst for the reforms which are necessary to create a more mentally healthy New York State.”

Accepting the award on behalf of North Shore Child & Family Guidance Center, Malekoff told the audience, “The difficulty people have getting mental health and substance use care is not simply a matter of stigma —it’s a civil rights issue and often a matter of life and death.”

Malekoff also acknowledged the dedication of the NAMI members and other advocates who were present at the conference. “Every fight needs a voice, and it’s good to be in a room with so many people who are raising their voices in this most worthy battle.”

To find out more about the Guidance Center’s work, call (516) 626-1971 or visit www.northshorechildguidance.org. The website features a Project Access tab where readers can learn more about advocating for mental health parity and also share their own stories.