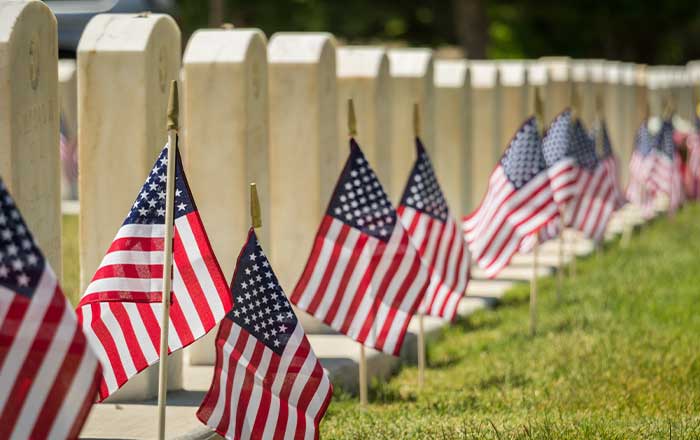 Every Day Is Memorial Day, By Andrew Malekoff, Blank Slate Media, May 24, 202

As I write this on the morning of May 25, 2020, I’m struck by what a different Memorial Day this is compared to what we have become so accustomed to. For the most part, there are no large gatherings on the beach; no parades led by high school bands; no throngs of people lining the streets, standing shoulder to shoulder and cheering on our war veterans; no big blowout shopping sales for furniture, home décor, cars and lawn equipment; and no family and friends’ barbecues without masks and social distancing (for those committed to practicing safety and sanity over vanity).

Yet Memorial Day remains the one day each year that we as a nation explicitly honor the more than one million Americans who died defending the United States beginning with the Revolutionary War of 1776, all the way through recent wars launched in response to the Sept. 11, 2001 attack on America.

For the uninitiated, I learned firsthand after my father died in 1994 that funeral flags are presented to the next of kin of deceased veterans who served honorably in the U.S. Armed Forces to honor their military service to his or her country.

It is a tradition among the family members to preserve their loved one’s flag for display. This year and every year on Memorial Day, in honor of all those who made the ultimate sacrifice, I display the burial flag that I was presented at my dad’s funeral in 1994.

I imagine my father, who was a part of what has become known as the Greatest Generation, would be proud to know that his flag, now faded from years of use, has been displayed again this year, at a time when the term memorial has additional meaning for hundreds of millions of Americans.

According to MilitaryTimes.com, “The fatality rate among Veterans Affairs patients continues to rise, with a significantly higher percentage of veterans stricken with the illness eventually succumbing to the disease than in the rest of the general public.”

Let me be clear that most of those who are dying and were lost to the pandemic, including our brave front-line medical personnel, are not casualties of armed conflict and their losses should not be conflated with the sacrifice of the war dead. Yet who can help but not think about them today, if even fleetingly.

Death is in the air.

Their loved ones have suffered a traumatic loss as have our Gold Star families, compounded by the fact that many could not be at their loved ones’ bedside in the end or partake in routine customs and rituals that typically follow a loved one’s death.

A variation of a line attributed to Joan Didion comes to mind: When a single person dies, the whole world is empty.

Grief is in the air.

Traumatic loss refers to the traumatic reaction an individual may have after a sudden and unexpected death or even a death that was expected. It involves both the yearning generated by the deep distress of separation as well as the disbelief and loss of hope that traumatic stress can generate.

Grief never goes away. Which is why days like Memorial Day that affirm it are so important, even though such days are never quite enough.

Each year this national day of mourning brings us together in body, mind and spirit, close up or six feet apart, to talk about and remember those who sacrificed everything. It is a day that offers the bereaved communal support and helps to reaffirm and re-establish a sense of community that is so critical to restoring a sense of hope.

Although there are the familiar social rituals that can help to support mourners through the process of normal bereavement, there is no custom or common ritual that recognizes the mourning that follows traumatic life events like armed combat, a terrorist attack,  a natural disaster or the invasion of a microscopic mass killer.

Memorial Day alone is not enough to remember and honor our fallen heroes.

Remember them every day.

And whenever the day comes that we look back and remember those who perished in the pandemic of 2020, it will not be enough for a national holiday to incidentally evoke their memories.

Get a head start. Say a prayer or meditation for them today and every day.

Andrew Malekoff is the executive director of North Shore Child & Family Guidance Center, the leading children’s mental health agency on Long Island. The Guidance Center is seeing new and existing clients via telephone and video during the COVID-19 crisis. To make an appointment, call (516) 626-1971. Visit www.northshorechildguidance.org for more information.