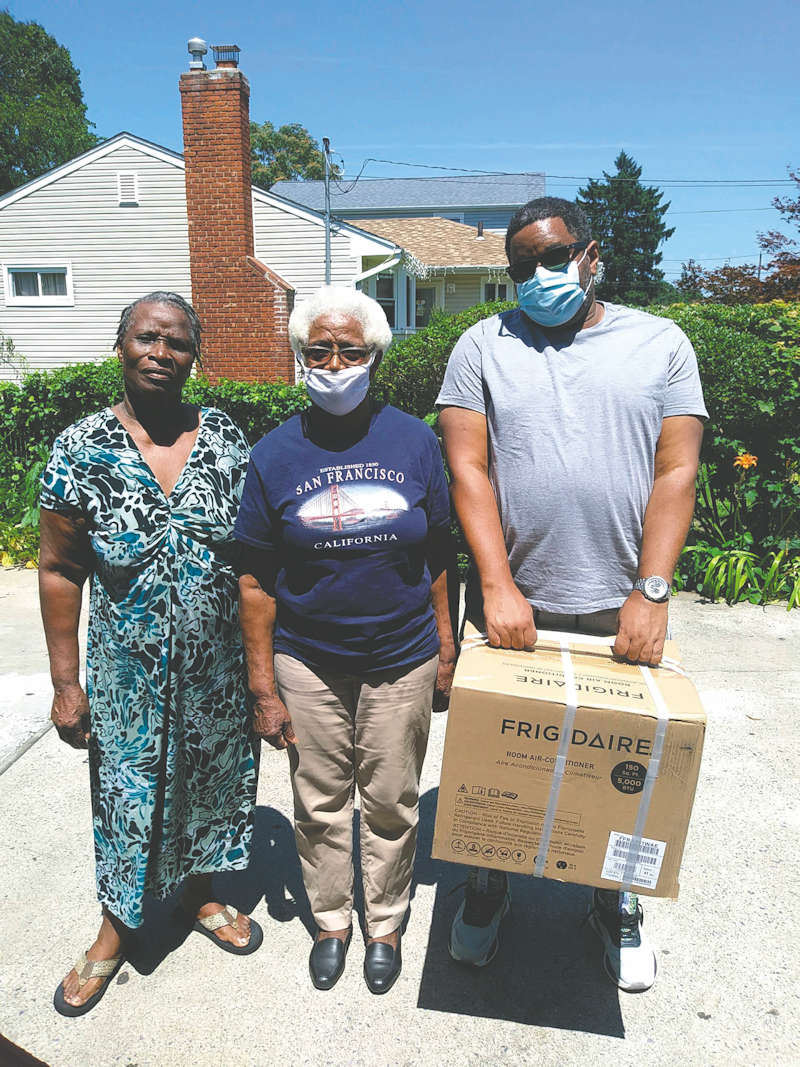 Seven families in the Westbury/New Cassel community have weathered the heat waves this summer, thanks to some devoted North Shore Child & Family Guidance Center supporters.

Two of the women behind this effort—Dr. Betty Hylton and Marian Williams—are longtime members of the Leeds Place Advisory Council, and also members of Alpha Kappa Alpha Sorority Inc.’s Pi Pi Omega chapter. Since 1987, the women of Pi Pi Omega have been helping the Westbury/New Cassel community in numerous ways, and the Guidance Center and its clients have been among the beneficiaries of their generosity.

Hylton reached out to the Guidance Center’s Dr. Nellie Taylor-Walthrust asking how Pi Pi Omega could help. Taylor-Walthrust immediately thought of the seniors who take part in C-GRASP, the Guidance Center’s Caregiver Grandparent Respite and Support Program, which provides support to grandparents who are the primary caregivers of their grandchildren. The program is a partnership with Project Independence from the Town of North Hempstead’s Department of Services for the Aging, which serves seniors through the township.

“I was concerned because many of the seniors sought relief during the hot summers at the Yes We Can Community Center, but with the coronavirus, they had no place to shelter,” said Taylor-Walthrust, who identified seven families in need.

“I asked if the Pi Pi Omega chapter could buy fans for them, but Marian said, ‘Why don’t we get them air conditioners?’ ” Taylor-Walthrust related.

The Pi Pi Omega chapter only had enough money to purchase three new air conditioners, but Williams, along with her daughter and son-in-law, bought the four remaining air conditioners to ensure everyone’s comfort and safety.

“When I woke up the morning we were delivering the three air conditioners, I thought about the heat wave and how these four other families really needed them,” says Williams. “As a former social worker, my passion all my life is to help those in need, so I couldn’t let anyone be left out. When you are blessed, you need to bless other people.”

Sorority sister Elvira Daniels also was instrumental in the effort.

Marie Dextra, a Guidance Center C-GRASP client, says the donation of the air conditioner is making a big difference in her family’s life.

“All of us are now able to sleep better at night,” Dextra said. “I’m so thankful to all the people who made this happen.”