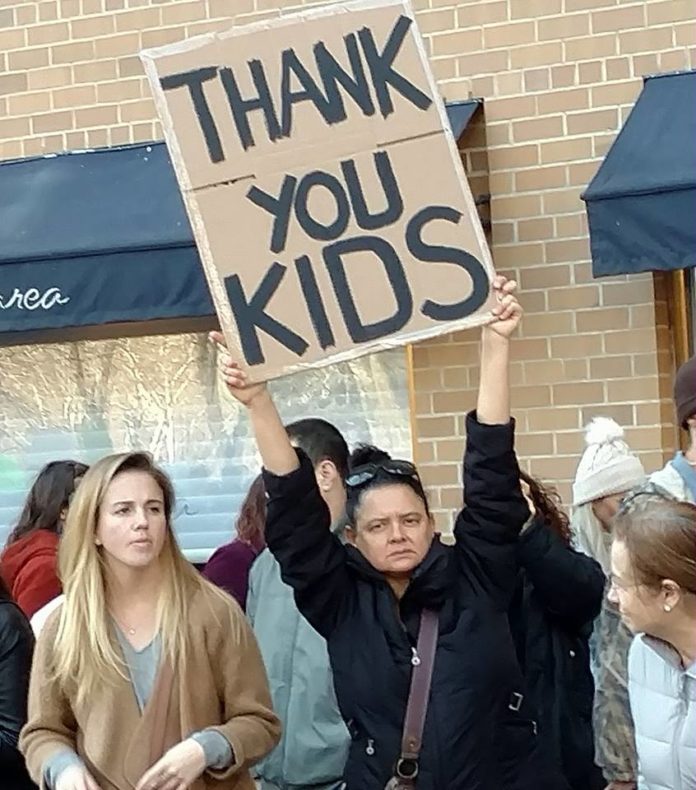 On March 24 I was proud to stand with the youth leaders of Stoneman Douglas High School and other youth activists across the U.S. As one of them said on a news broadcast, “Every voice matters.”

They demonstrated that by extending their reach to youth survivors beyond Parkland and broadened the frame to include gun violence in all domains.

Think for just a moment about the value-laden authenticity of these social justice youth warriors as compared to what masquerades as leadership in Washington D.C.

Think about Congress’s reliance on the likes of the NRA, Big Pharma and others for campaign financing and, even closer to home, the unending and sordid political corruption trials in municipalities across Long Island.

We have sunk so low in terms of greed, thirst for power and social dysfunction, that it will take our babies to save themselves.

And, some babies they are!

How long before their enemies try to delegitimize their efforts, even beyond characterizing them as inauthentic “crisis actors,” which only serves to reinforce their resolve?

How long before the tabloids attack them and attempt to rip them apart by manufacturing sordid headlines to discredit them?

How long before the NRA public relations corps attempts to marginalize them as ego-tripping puppets of the left and Hollywood elite, rather than the free-thinkers, born of trauma that they are?

Their detractors cannot differentiate between the teens being resourceful in their partnering with adults and being dependent on them.

They don’t need our leadership. They’ve already eclipsed it. But, they will need soldiers of every generation to support them.

And, let us not forget that they have suffered post-traumatic injury and are grieving.

They’ve vowed not to let this go. We cannot lead or co-opt their revolution.

What we can do is follow and support or get out of the way.