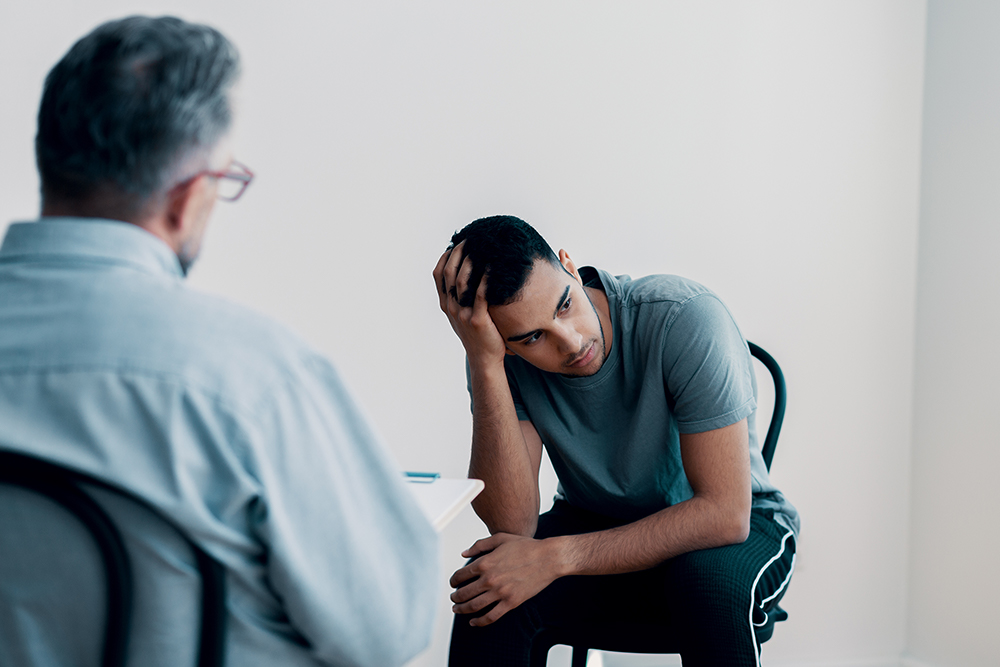 In the September 2021 column that ran in Blank Slate Media, our staff responds to parents’ concerns that their son may be suicidal.

Question: We are terribly concerned about our 16-year-old son. Although he is back in school, he has little interest in his classes, and it’s difficult to get him to go to school most days. He’s decided not to try out for the basketball team, which used to be his favorite thing in the world. He’s also stopped reaching out to his friends and become very isolated. When we’ve asked him about all of this, his answer is usually a shrug of the shoulders and some version of “What’s the point, anyhow?” We are incredibly worried and not sure what to do. – Feeling Helpless

Dear Feeling Helpless: There may be no scarier words for a parent to hear from their child than “Some days I just don’t want to go on any longer,” or a similar sentiment. The reality is that children and teens are under more stress than ever, with suicidal thinking and suicide attempts on the rise – plus, the isolation and fear surrounding the pandemic has created a dramatic increase in severe depression and anxiety.

The facts are that suicide is the second leading cause of death for ages 10-24, and more teenagers and young adults die from suicide than from cancer, heart disease, AIDS, birth defects and other diseases combined.

While the problem isn’t new, the pandemic has exacerbated it. Kids’ normal routines were upended in so many ways. They lost milestones like proms, graduations, family gatherings, sports, afterschool clubs and other activities that are important for their development. Even though many of those events have resumed, they are still living with the uncertainty that everything could change at a moment’s notice.

Here are some of the warning signs that your child or teen may be at risk of suicide:

Your first step should be talking honestly with your son about how he is feeling and communicate your concern in a loving, non-judgmental way.

Ask him directly if he has thoughts of suicide. The idea that talking about suicide will make your child more likely to act upon it is a myth. In fact, the opposite is true.

Let him know there is no shame in feeling depressed or sad and that he is not alone, especially given the unprecedented period we are experiencing.

Also ask him if he has a plan for suicide, since someone who has made a plan is at a higher risk and requires urgent attention. If the answer is yes, monitor him closely and seek immediate mental health services, either through the emergency room or an urgent mental health care facility. One option is Nassau County’s Mobile Crisis Intervention Team, 516-227-TALK.

It is very important that you consult a mental health professional for an assessment. Reassure your son that getting help is not a sign of weakness, but rather shows strength, and that despite his current state of mind, feelings don’t last forever. Allow him to give feedback on what he thinks might be helpful in his treatment.

Nassau County residents can contact us at North Shore Child & Family Guidance Center, which serves young people from birth through age 24.
We promise to see urgent cases within 24 to 48 hours. If, however, you fear that he is in imminent danger, bring him to the emergency room for an immediate evaluation.