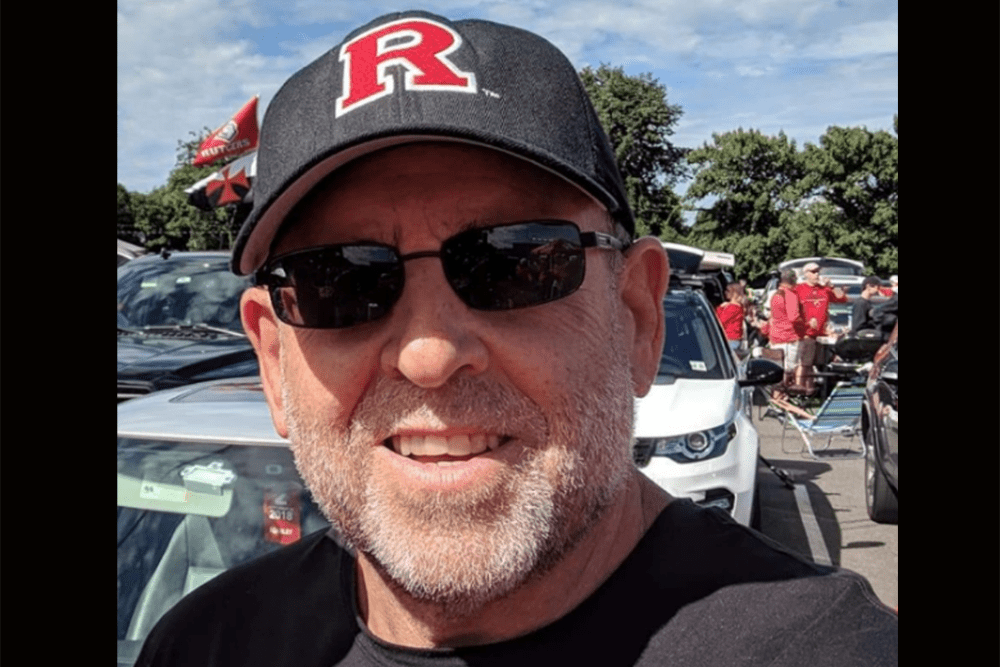 An accomplished alumnus and a remarkable athlete during his time On The Banks, Andrew Malekoff graduated from Rutgers University in 1973. He was the definition of a hard working and committed student-athlete during his time at Rutgers. During his 4 years at the university, Andrew played 4 different sports including football, wrestling, lacrosse, and rugby. Football was the sport he stayed with for all 4 years, becoming the defensive captain in 1972 during his senior year when he was honored with the Frank Burns Award for his mental and physical toughness.

Andrew thrived in the competitive environment of intercollegiate athletics and he made lifelong friendships. When asked about a highlight of his time at Rutgers, he mentioned a period of time during his freshman year (1969-1970) when the Vietnam War had reached its peak and massive protests had started to take place around campus. During this time, he describes this political and social awakening as enlightening and powerful. As a student, he found an opportunity to listen and gain understanding of the important events happening around him. The unity and passion that emerged from this experience helped shape Andrew’s view and experience at Rutgers.

After graduating, Andrew attended free agent tryouts with the New York Jets, Eagles, and Giants and continued to play Rugby. He worked at different jobs and was not quite sure about the direction he wanted to go for his post-graduate life. In 1974, Andrew joined the AmeriCORPS VISTA and worked in Nebraska in a Mexican-American community. He helped to renovate an old church into a community center that was used to promote emotional well being and prevent drug and alcohol abuse. He then moved on to work at the Mid-Nebraska Community Mental Health Center. Here, he worked as a drug-counselor coordinator and youth educator. His work with VISTA and the mental health center helped guide him towards a field of work he was truly passionate and excited about. With this, Andrew went back to school to earn his master’s in social work and began building his career.

Today, Andrew Malekoff is a licensed Clinical Social Worker and Alcohol & Substance Abuse Counselor. He is the Executive Director and CEO of North Shore Child & Family Guidance Center and Editor-in-Chief of Social Work With Groups. He has written and edited 12 books, including the third edition textbook Group Work with Adolescents: Principles and Practice. The Guidance Center is a non-profit mental health agency that works with children from birth up to 24 years old and their families. The organization prioritizes its patients and will never turn away someone in need. Andrew works tirelessly to ensure that everyone who comes to the Guidance Center gets the help they need and deserve.

For a long time, mental health has been stigmatized and pushed aside. It is not a priority when it comes to health and well-being and to some, mental illness is seen as a weakness or “fake.” Not only do people struggle to reach out for the help they need for fear of being judged, but for many there is limited access to resources, making it nearly impossible to get help they need. Andrew is a strong advocate for timely and affordable access to mental health care.  Insurance companies pay substandard rates to mental health providers making it difficult for providers to accept and still be able to survive. Without insurance coverage, mental health services can be unaffordable. It is important and it should not be something pushed aside or stigmatized. Everyone deserves the opportunity to get the help they need when it comes to mental health, and Andrew Malekoff is helping to make that happen.

VarsityR members like Andrew dedicate their lives to make a difference by having a positive impact in their communities. His dedication, tireless efforts, and leadership has helped countless people and continues to make a difference in how the world views mental health. Today at Rutgers, the athletic department has made major strides in taking mental health more seriously and providing our athletes with the resources to get the help and care they need. With graduates like Andrew Malekoff, Rutgers will be able to continue to reach this goal.