A Dangerous Addiction Among Youth, By Dr. Nellie Taylor-Walthrust 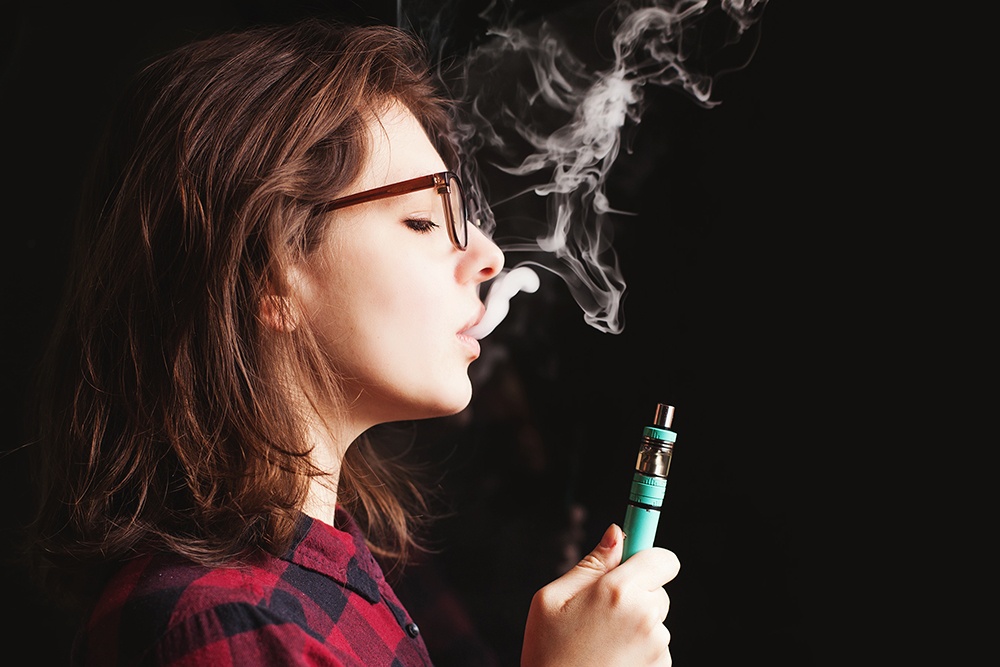 26 Jan A Dangerous Addiction Among Youth, By Dr. Nellie Taylor-Walthrust

Note: The following column will run this week in the Roslyn News and other Anton Media newspapers.

Despite the economic woes brought on by the pandemic, one type of store is popping up in increasing numbers in neighborhoods all across Long Island: smoke shops, which carry everything from cigarettes and e-cigarettes to pipes and bongs.

These stores are taking advantage of the growth in popularity of vaping, which involves inhaling and exhaling an aerosol (or vapor) produced by an e-cigarette, vape pen or other smoking device, some of which resemble flash drives or other everyday objects. You may have heard vaping referred to as JUULing, since the brand JUUL has become so ubiquitous.

Many e-cigs are clearly designed to appeal to young people, with flavors such as strawberry, gummi bear and cotton candy. In 2020, 83% of youth e-cigarette consumers used flavored e-cigarettes. (New York is seeking a ban on the sale of these flavored products, but an appellate court placed a hold on the ban this September.)

Although many tweens and teens are sold on the idea that vaping is far less dangerous than smoking regular cigarettes, the research strongly suggests otherwise.

According to the Centers for Disease Control and Prevention, the vast majority of e-cigarettes contain nicotine, which is highly addictive and can harm adolescent and young adult brain development. In addition, a variety of toxic chemical additives are often in the mix, including ultrafine particles that can be inhaled deeply into the lungs; diacetyl, also damaging to the lungs; and heavy metals such as nickel, tin and lead.

So what is a parent to do? First, let your kids know that e-cigarettes are not safe alternatives to cigarettes. The studies increasingly show that they can cause:

When you approach the conversation, instead of lecturing, ask an open-ended question, such as “Have you heard about vaping?” and “Is it popular at school?” Offer honest, science-based information, geared toward your child’s or teen’s age—and start these conversations when your kids are young.

Make your reasons for not wanting your child to vape clear. Many of them have no idea that e-cigarettes have nicotine and are highly addictive, since marketers have told them it’s safe and “cool” to vape. You may want to rehearse a situation where they might be asked to try vaping, letting them practice saying, “No thanks, I don’t smoke” in a direct, clear fashion.

If your tween or teen has already started vaping, don’t punish or shame them. Explore online programs like “Truth Initiative,” which offers a free smoking cessation program called “This is Quitting,” or call the American Lung Association at 800-LUNGUSA for more resources.

Finally, be a positive role model and don’t smoke. Your behavior matters far more than you might imagine.

Dr. Nellie Taylor-Walthrust is the Director of North Shore Child & Family Guidance Center’s Leeds Place, which operates an Adolescent Outpatient Chemical Dependency Treatment Program. If your child or teen is having problems with vaping, drugs or alcohol, call the Guidance Center at (516) 626-1971 for help.