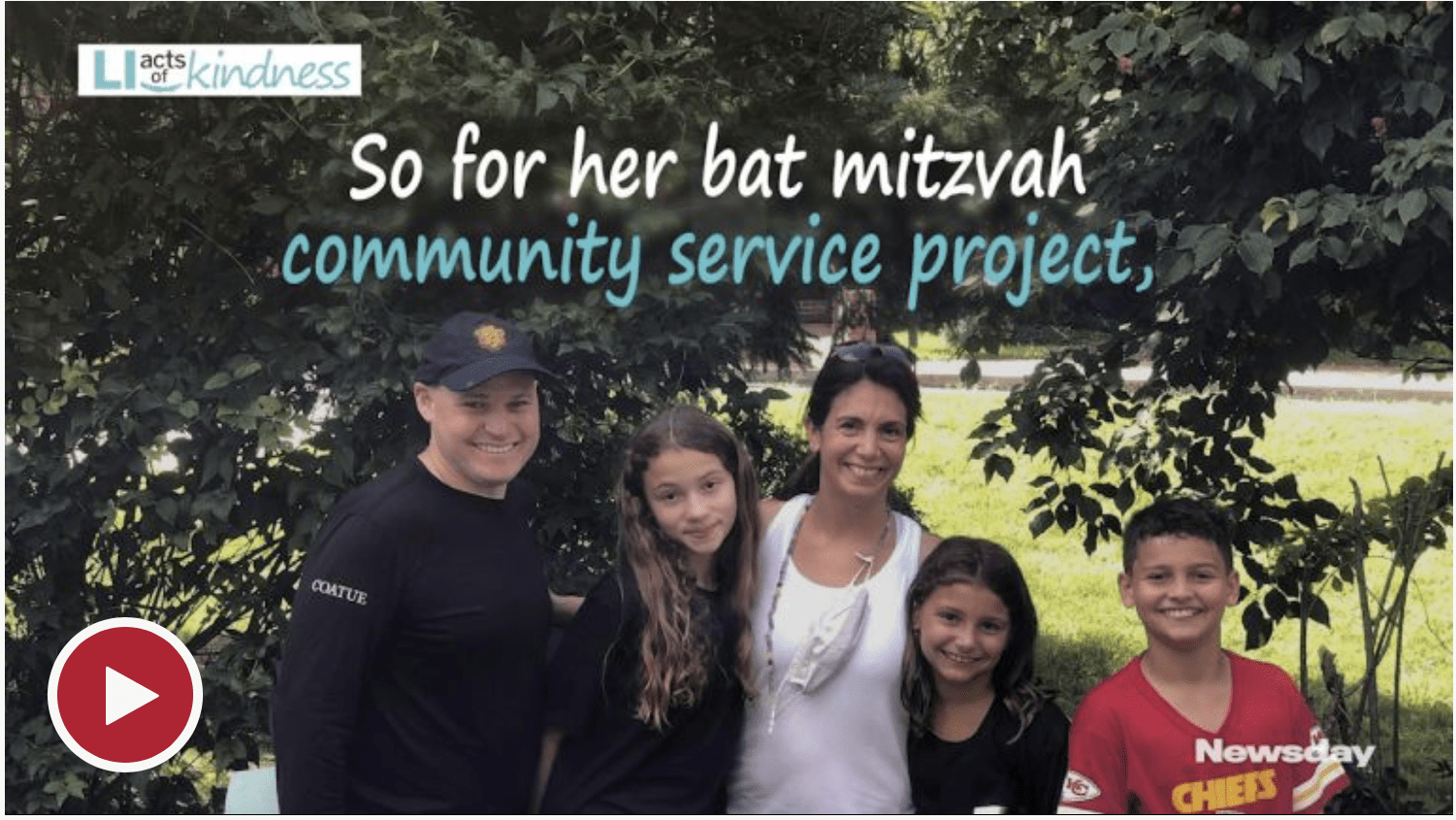 As 13-year-old Sadie Feingold prepared for her bat mitzvah project this year, she had one goal in mind: to stop the stigma.

The eighth-grader from Port Washington knew she wanted to focus on mental health for her community service project ahead of her bat mitzvah, or Jewish coming-of-age ceremony. She wanted to encourage kids and teens to talk about mental health struggles and help normalize it.

She said she was inspired to focus on this topic because of her own previous struggles with mental health.

“The whole point was to raise awareness to it and normalize it,” Sadie said.

So after doing some research with her mom about the connection between exercise and children’s mental health, they came up with a plan: She would host an exercise class at their synagogue for local teens and families, and raise money to support the North Shore Child and Family Guidance Center in Roslyn Heights, a mental health agency that treats children and families.

The Guidance Center said her efforts have raised nearly $2,000.

“People don’t really talk about mental health as they do with physical health,” Sadie said. ”I think that some people feel like it’s not important, and I want people to feel like they should be able to talk about their emotions, as they would talk about like how they feel physically.”Best Bets

Get the scoop on events, nightlife, day trips, family fun and things to do on Long Island.Sign up

The idea originated back in the winter — before the pandemic took hold. She and her mom read a piece in The New York Times that reported how even a moderate amount of exercise in adolescents can raise their endorphin levels, and in turn, help improve their mental health. Endorphins are hormones that promote feelings of natural well-being.

Sadie continued doing research on the topic, and once restrictions lifted and they could congregate outside, her class came together.

They invited family, friends and others to congregate in the parking lot of The Community Synagogue in Port Washington, and on Sept. 13, about 35 kids, teens and adults participated in the 45-minute class of individual exercises, led by a fitness instructor they knew.

They took donations at the class to support the Guidance Center — and encouraged those who couldn’t attend to donate as well. Sadie also gave out T-shirts with “#StopTheStigma” printed on them.

Sadie’s bat mitzvah had been originally scheduled for June, and was postponed to Sept. 26 because of the pandemic. But her mitzvah project only grew in relevance during this period.

Regina Barros-Rivera, associate executive director at the Guidance Center, said their work at the center has become more prevalent now, as the pandemic greatly affected children and teens. An effort like this one promotes “positive change” adolescents need, she said.

“For this young lady to create something — not only just that the exercise is good for you … it’s more that she’s creating, and she’s bringing,” she said. “Maybe more projects like this could be created.”

Barros-Rivera said the benefits from exercise and moving around for teens extend well beyond just energy level — it helps prevent them from ruminating, overthinking or feeling depressed or unable to move.

She added that the Guidance Center is offering virtual services for adolescents and families who might need help coping, and encourages them to reach out for help if they need it — even if they just have a question.